it was only a coincidence that i had the dubious distinction of being in my hometown sunday morning when the grand river flooding brought it to its highest point, setting a record.
our mayor declared a state of emergency, which merited a couple sentences in a long ap national article about all of the cities affected by the april flooding.

my parents live across the street from the utilitarianally-named riverside park, which is, at the moment, better called the riverinside park. the normally quiet two-lane street was filled with a continuous stream of cars in both directions as gawkers drove by to see images like this: 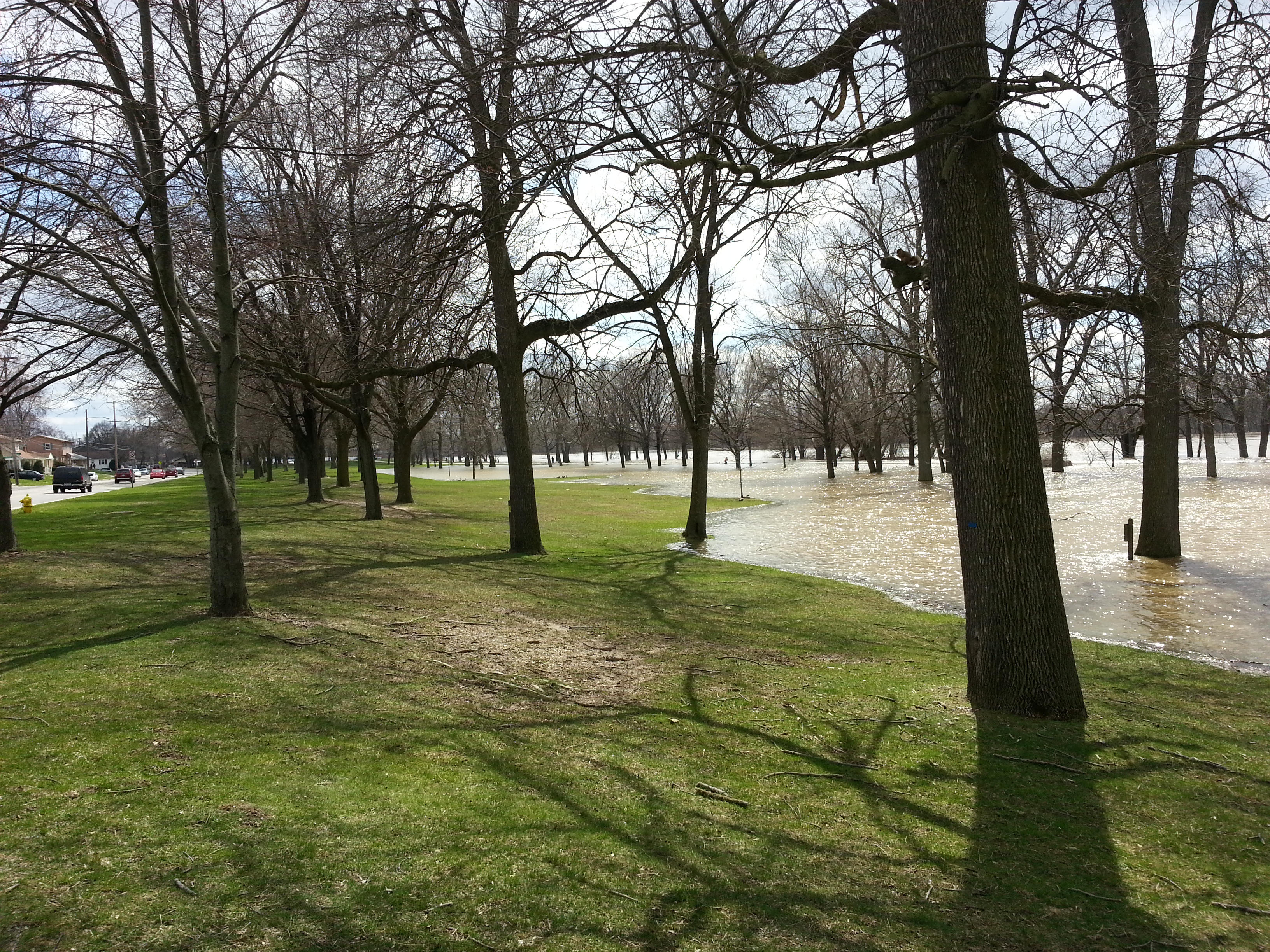 my mother said a neighbor who'd been living on the street for forty-five years had never seen anything like it. i certainly hadn't.

p.s. i like the fact that i captured a squirrel perched on a low branch and didn't even realize i'd done so until seeing the photo magnified here.
Collapse