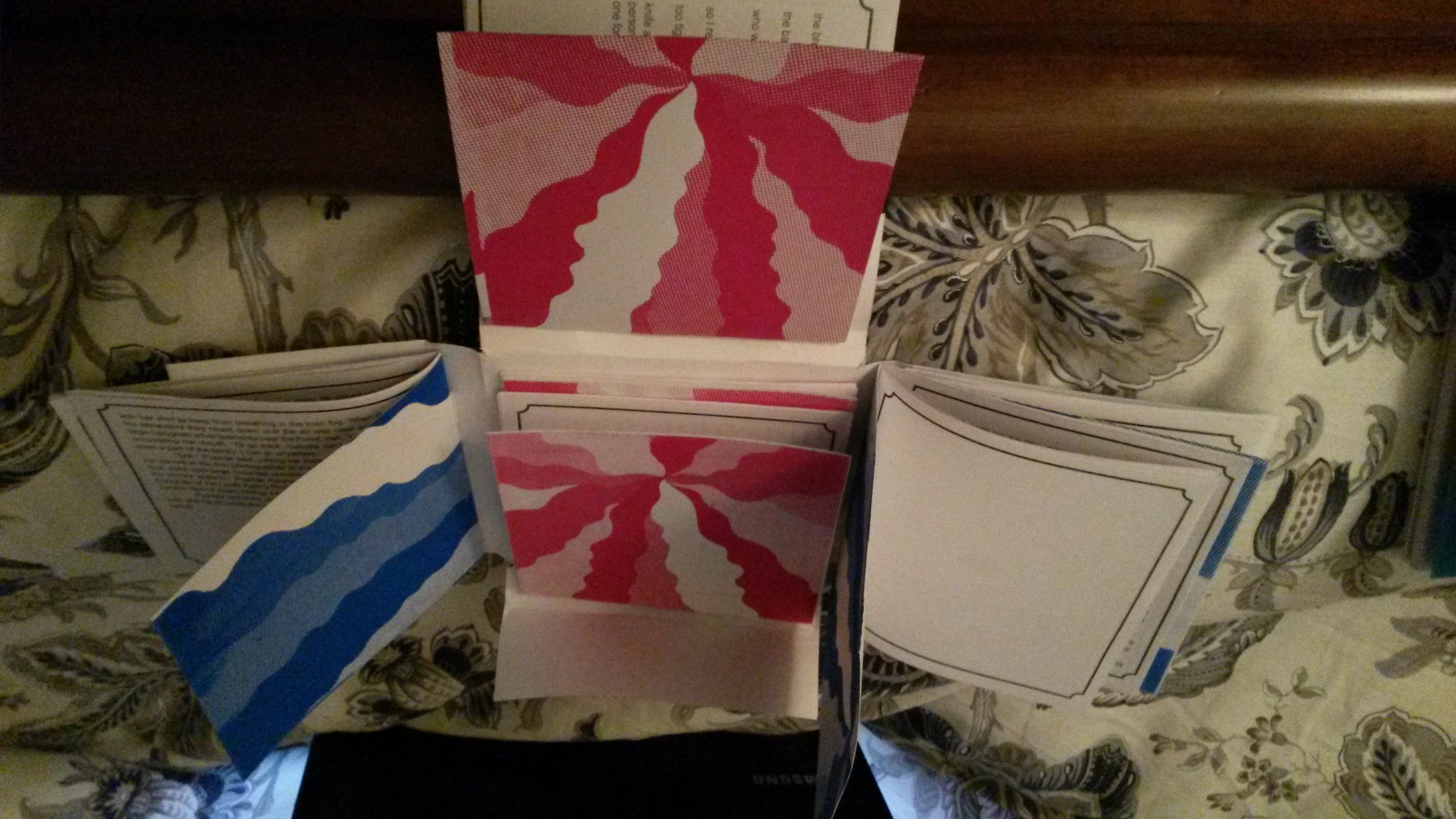 (a birkensnake, seen in its natural habitat)

so this is the story. i had never heard of a birkensnake, still do not know its taxonomy (squamata, surely, but from there, whence?). but then i learned that a couple of my friends had been published in birkensnake 6. a birkensake 6, i should say, because there are 7. and i find the next bit put best by the managing editors at their website:

"there are seven different birkensnake 6s — different editors, different contents, different books made by different designers. birkensnake 6 is about strangers working together toward diverse yet uniformly glorious ends. now it is your turn to be a stranger: you want a birkensnake 6 for yourself, but you also want to see all the versions together, surrounded by related artwork and other paraphernalia; you want to meet the strangers who made them and also meet some other people like you who are curious; you want to leave your house in the night and go to a special place and hear people saying words they haven’t said before; maybe you too want to say new words. the birkensnake 6 tour is for you!

print editions of birkensnake 6 are no longer available for money and can be obtained only via the following method: go to one of the readings listed below. there you will find birkensnake 6s, many kinds. taking one that calls to you, step up to the microphone. read aloud for the assembled throng. now the book is yours!"

so tonight was my turn to be a stranger, for i did in fact want all of those things.

unfortunately, i couldn't make it to the kickoff of the tour on november 1st and 2nd since it was not an ideal time to travel to pittsburgh. this present weekend, however, was, and so i made it to the first of two remaining readings in pittsburgh (the birkensnake website doesn't mention the second: the 24th from 11am-3pm.

i arrived early and chatted with the proprietor of the most wanted fine arts gallery, artist (and demolition derby driver) jason sauer (his illustrations appear in the "wild conformations" version) and helped him set out the chairs for the audience.

my friends' work appeared in the edition edited by diana george, and since that version did not have physical copies ready in time to be sent to the pittsburgh leg of the tour, i knew i would be getting another edition. i looked over the editions they had on hand and the one that called to me was the approximately paperback-novel-sized cream covered edition (there were two copies, each of which was decorated on the cover with its own unique metallic abstract ribbon of color. i had already decided on this edition well before i learned that a pair of writers (joseph and suany) who'd collaborated on a piece in that edition had come all the way from the nyc fringe of new jersey to read their piece at the reading. i had a chance to meet them and have a nice chat about the magazine and they agreed to autograph my copy after the reading.


so as it turned out this reading wasn't dedicated solely to birkensnake. rather, it was a monthly gathering called "word circus" organized by chatham university (which i'd also never heard of nor know the taxonomy of) and the four featured readers as well as most of the open mic readers and audience members were chatham cougars in the creative writing program. (i learn later that although the graduate program there is coed, the undergraduate is women-only, which explains the gender imbalance among the readers/attendees.) the opportunity to read from a birkensnake came during the open mic portion.

the four featured readers and their works were great, some exceptional. and i was glad to not be the first reader of the evening. in fact, there was an intermission between the featured readers and the open mic, during which i was able to both oil my parched vocal cords and refill my stock of liquid courage with the (any port in a storm) wine in a box. (my earlier dose of liquid courage was supplied by the perfectly-named cocktail i was astounded to find on the menu at casbah, the mediterranean restaurant in shadyside we'd chosen for dinner (neither c. nor her friend p. had been there before): the spoken word (see picture below the cut).

i needed the buoying, not having read in front of a group in far too long. the piece i'd chosen was perfectly suited to me, as it spoke to the games with dice i'd played as a youth. (it was DIE, by diana hamilton). i did my part and the book was mine.

after a few open mic readers read from their own work, joseph and suany jointly read their jointly written work, alternating sentences and phrases to weave a mesmerizing pattern.

unfortunately, no one else had come with the express purpose of reading from birkensnake (i'm presuming this is because of the two earlier readings at which locals had already had an opportunity to do so). but after a few more readers one of the cougars read a portion of "the infant with elephant ears" from the "neverending tales" edition.

i (and others) helped jason put away the chairs as people milled about chatting, and perhaps because of my labors, he was quick to agree when i implored him to let me take one of the five copies of the "wild conformations" version he'd illustrated (pictured in my previous entry), and he also agreed to autograph it. so i had bagged two of these rare beasts, the birkensnake.

when i got them home to my home away from home, i saw that an (actual, physical!) photograph had been inserted into the little pouch created by the construction of the cover flap to my ribboned-cream edition. a unique one in each copy, or the same in each? i presume the former. mine, anyway, was of an all-white longhair cat, to my eye elderly, lounging on a blanket near a blue armchair or sofa. this, fantastic, as i always look for such things abandoned in copies of used books i acquire.

but as for the edition containing my friends' work, well, hopefully it will make an appearance in chicago in december. with one reading under my belt, i shouldn't be such a bundle of nerves for the next one, right?