so it's been my outrageous good fortune that after shakespeare in the park did one of my favorites last year (much ado), they are doing the other in this, my last year living in michigan.

i was bummed that i forgot that it started thursday night -- c. and i could've gone since we'd already gotten a sitter and my friend and his wife had to bail on joining us for dinner. but i didn't remember until we happened to drive past the park almost an hour after that evening's performance had begun.

but we were able to go on sunday afternoon. a bit odd to see hamlet suffer under a blinding merciless sun, but fortunately it greyed a bit as the play wound graver, and there were occasional drops of rain in the final act.

i was wary, but the actor playing hamlet (the younger) was incredibly talented and although i did, as ever, have my quibbles with some of the choices for the reading of certain lines, they were definitely deliberate choices on his part, and the thought behind them was evident. (the playbill said that the last time he worked with this company (more than a decade past), he played benedick -- a fine coincidence.) the rest of the cast was capable and mostly suited to their roles -- the lone (but not trivial) exception being ophelia -- a teenage girl should not be played by a 40-something woman, even if she is the artistic director of the company. the costumes were modern and many of the props and setpieces but they didn't change any lines so it wasn't too awfully distracting.

and every new viewing of the play helps shape my perceptions, and i was struck by a flash of inspiration for the hamlet-analysis-based-project i've had in mind for years. more to come on that front perhaps.

i quite admired the portrait of hamlet (the elder) they used -- from afar it looked to me a lot like william shatner (see for yourself below). which reminded of me of his so bad it's good (or is it?) rendition of the to be soliloquy. regardless of the absurdity, i would find a complete production of hamlet with a young shatner (cue nimoy) fascinating.

and speaking of shatner and shakespeare, i had previously observed this: the former is by far the more popular 'william sha' on google and at imdb, but in the hallowed halls of academic pursuit (wikipedia....) the latter is not only more popular, he is the most popular 'wil' as well. (shatner's bacon number is 2; shakespeare's bacon number is...0? undecipherable? (just kidding, i'm a stratfordian)). 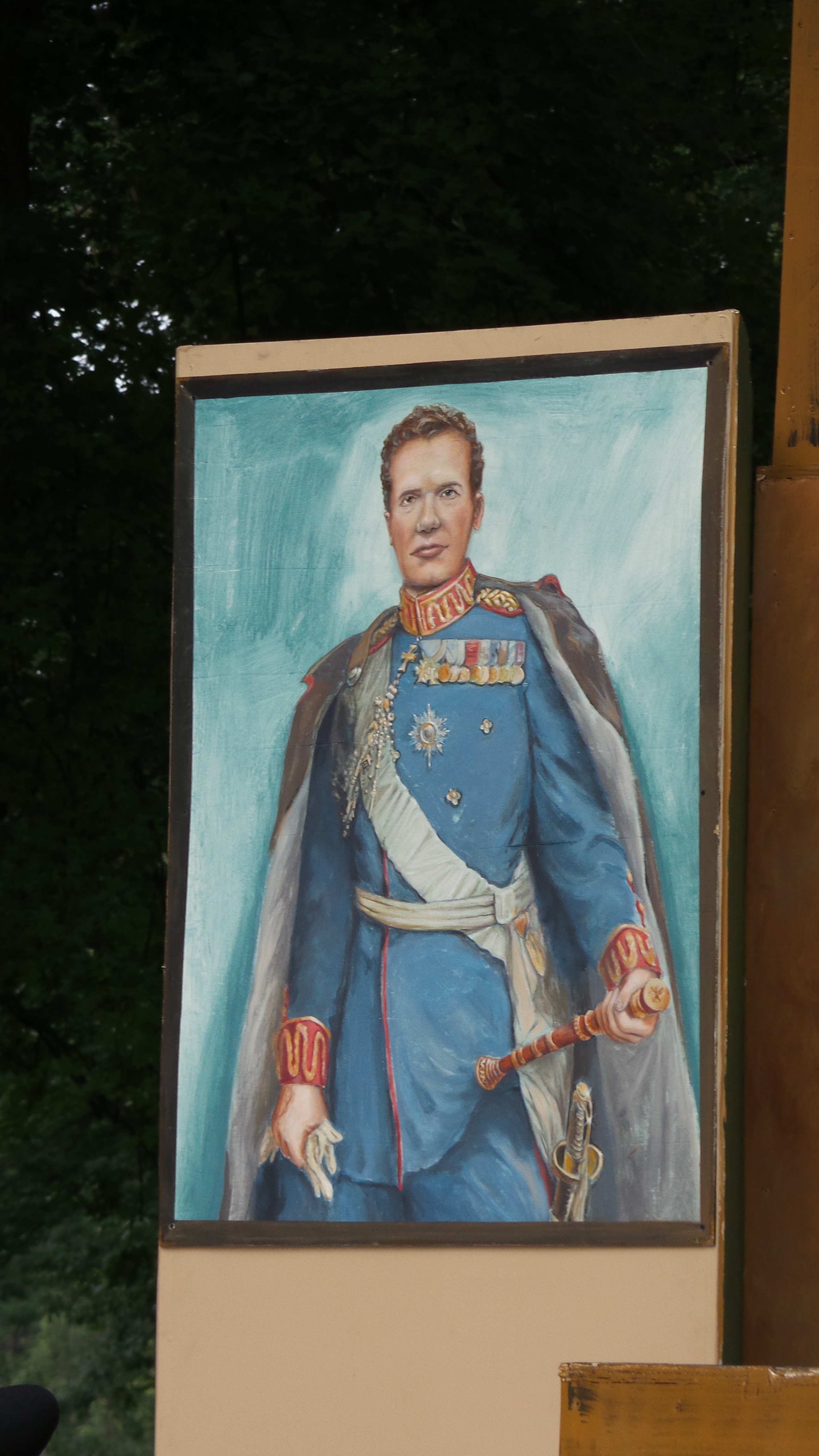