i gave cleopatra her name, this kitten who, along with her brother and sister, came into my life from a cardboard box abandoned on a little-traveled street. or was given to know her name, who knows. certainly i gave her one of her nicknames, which was 'my halloween girl'. it didn't matter what the calendar said, she was always the archetype of the halloween cat, whether scrunched up into that universally known crouch or not.
with cleo, every day was halloween.

so it was only fitting that the day she passed away was halloween. one last halloween for her and for me with her.

she may have been of unremarkable stock, a domestic cat like her kin, but she was certainly as regal as the most famous lady to have shared her name. and though i didn't know until much later she had all of the key characteristics that characterize the bombay breed that she surely was descended from.

she, along with her brother scrapper until he passed in 2010, was this solitary man's constant companion, and i cherished her. her song, for me, was she's always in my hair by prince, because she was, both metaphorically, and literally when i had hair that fell to my shoulders or, the middle of my back, my hair a plaything for her to bat about and chew upon, occasionally surprising me by doing so when i least expected it.

she changed over the years, just like people do, in many ways just like i did. i don't know if you'll be able to tell from these photos but in 1997 when she was a young kitten her eyes were the most amber yellow, fierce and wary and aloof. very gradually as she aged they eventually became an outright green with just a hint of yellow, just as my hazel eyes have shed most of their brown leaving green to dominate. hers, unlike mine, the color of green aventurine (the name aventurine derives from the italian "a ventura" meaning "by chance".)

the second photo is a still from a video i took in may of 2010 which just happened, thanks to bythos, to have u2's acrobat in the background with it's lines: when i first met you girl / you had fire in your soul / what happened your face / of melting in snow / now it looks like this.
and indeed now it does. and indeed an acrobat she was. 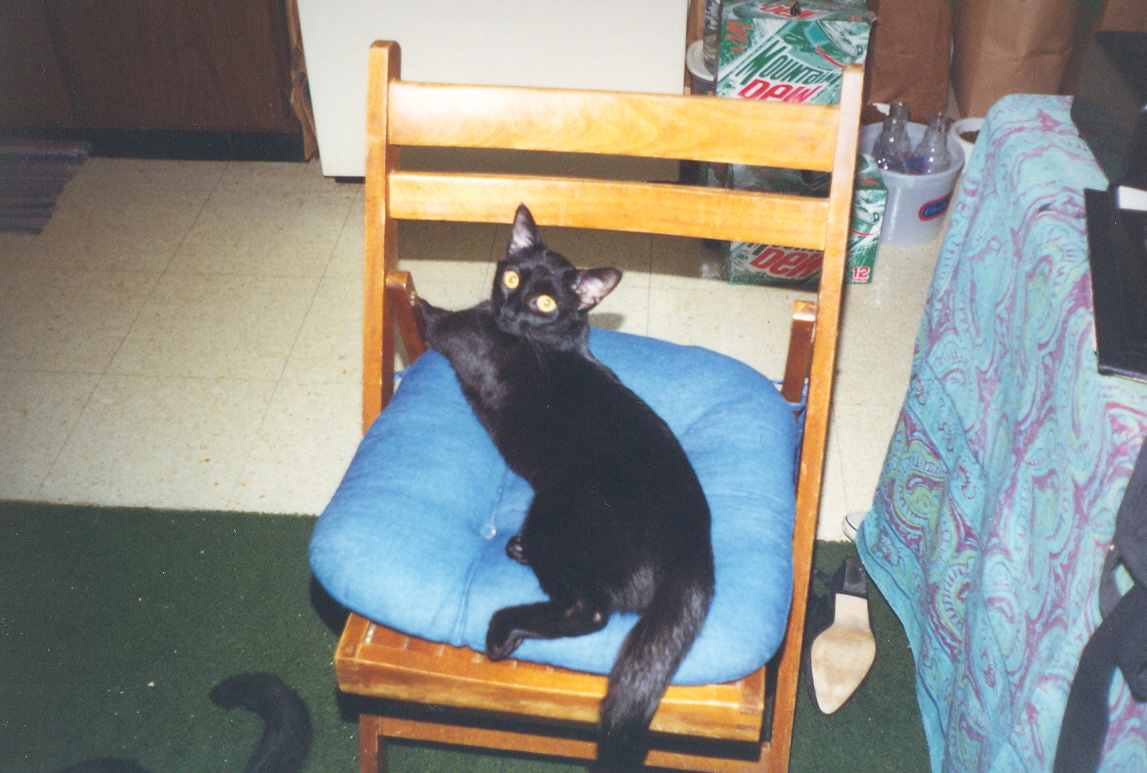 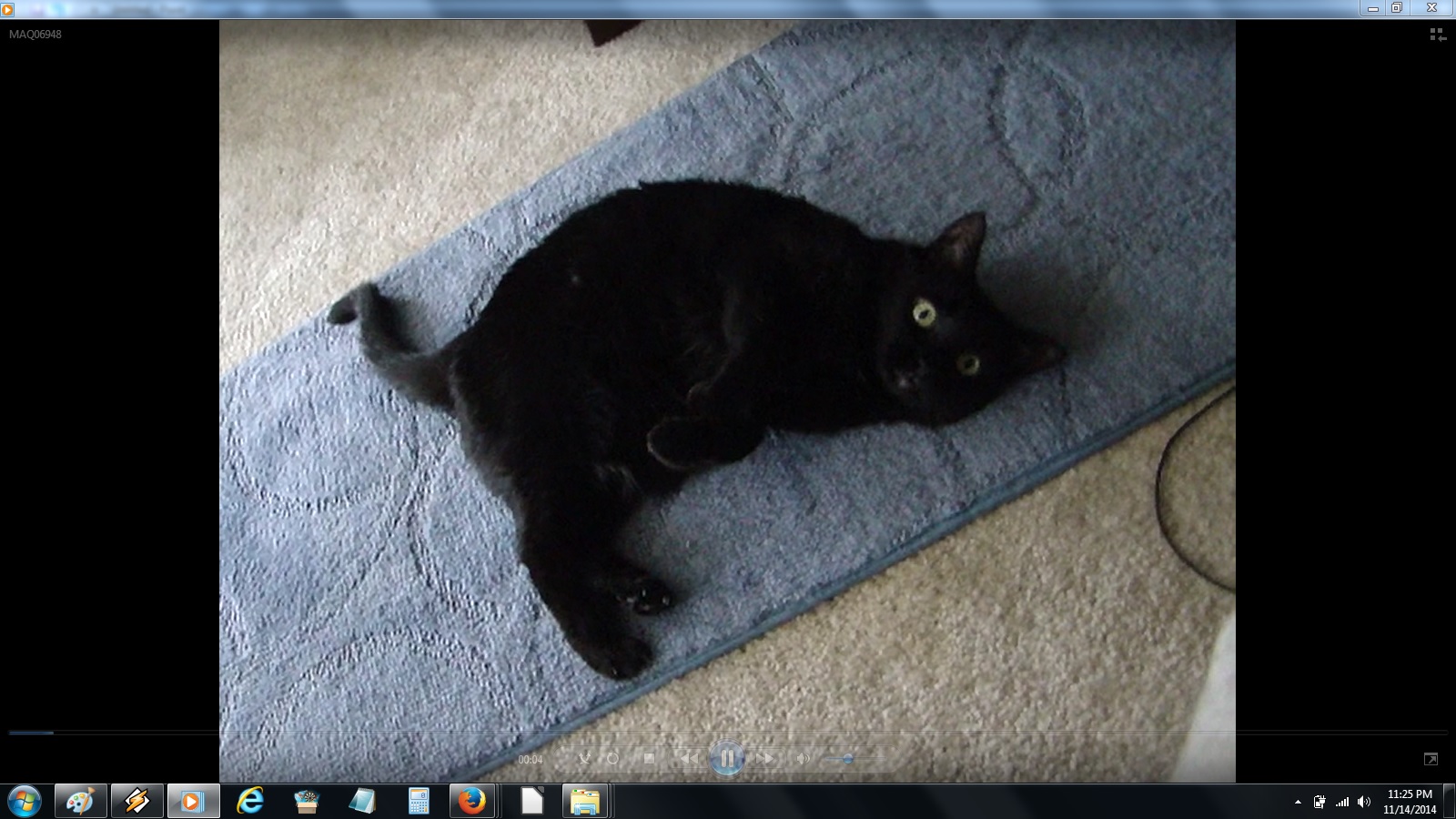 condolences are unnecessary. she lived a long life full of adventure and the comforts of a home away from the adventuring. and of course she'll be missed, but one can only stay for so long. it was time for me to leave michigan and start a new part of my journey but i can't blame her not wanting to leave michigan.

p.s. you would think that i must be making this up but bythos really did just randomly shuffle through a slog of thousands of songs right over to ministry's every day is halloween. this is, in fact, how it works.
Collapse