again, when you have married your wife, you would think you were got upon a hilltop, and might begin to go downward by an easy slope. but you have only ended courting to begin marriage. falling in love and winning love are often difficult tasks to overbearing and rebellious spirits; but to keep in love is also a business of some importance, to which both man and wife must bring kindness and goodwill. the true love story commences at the altar, when there lies before the married pair a most beautiful contest of wisdom and generosity, and a life-long struggle towards an unattainable ideal. unattainable? ay, surely unattainable, from the very fact that they are two instead of one.

"of making books there is no end," complained the preacher; and did not perceive how highly he was praising letters as an occupation. there is no end, indeed, to making books or experiments, or to travel, or to gathering wealth. problem gives rise to problem. we may study for ever, and we are never as learned as we would. we have never made a statue worthy of our dreams. and when we have discovered a continent, or crossed a chain of mountains, it is only to find another ocean or another plain upon the further side. in the infinite universe there is room for our swiftest diligence and to spare. it is not like the works of carlyle, which can be read to an end. even in a corner of it, in a private park, or in the neighbourhood of a single hamlet, the weather and the seasons keep so deftly changing that although we walk there for a lifetime there will be always something new to startle and delight us.

a strange picture we make on our way to our chimaeras, ceaselessly marching, grudging ourselves the time for rest; indefatigable, adventurous pioneers. it is true that we shall never reach the goal; it is even more than probable that there is no such place; and if we lived for centuries and were endowed with the powers of a god, we should find ourselves not much nearer what we wanted at the end. o toiling hands of mortals! o unwearied feet, travelling ye know not whither! soon, soon, it seems to you, you must come forth on some conspicuous hilltop, and but a little way further, against the setting sun, descry the spires of el dorado. little do ye know your own blessedness; for to travel hopefully is a better thing than to arrive, and the true success is to labour.

monty price's ball dropped into a hazard, and he moved it to improve the lie. by jove! they've all been doing that. but over there the game was waxing hot. stillwell and his cowboys saw monty move the ball, and there was a row. they appealed to me. i corrected the play, showed the rules. monty agreed he was in the wrong. however, when it came to moving his ball back to its former lie in the hazard there was more blooming trouble. monty placed the ball to suit him, and then he transfixed me with an evil eye.

"of course you realize, adelaide, that in suggesting this you're insinuating the most shocking things against miss viner?"

"when i say that if you part two young things who are dying to be happy in the lawful way it's ten to one they'll come together in an unlawful one? i'm insinuating shocking things against you, lucretia mary, in suggesting for a moment that you'll care to assume such a responsibility before your maker. and you wouldn't, if you talked things straight out with him, instead of merely sending him messages through a miserable sinner like yourself!"

"sister!" she cried sharply. "fool, i have no sister. my child travelled with the daughter of my dressmaker."

frau fischer was the fortunate possessor of a candle factory somewhere on the banks of the eger, and once a year she ceased from her labours to make a "cure" in dorschausen, arriving with a dress-basket neatly covered in a black tarpaulin and a hand-bag. the latter contained amongst her handkerchiefs, eau de cologne, toothpicks, and a certain woollen muffler very comforting to the "magen," samples of her skill in candle-making, to be offered up as tokens of thanksgiving when her holiday time was over.

they may, perhaps, become worthy of the names which they bear. they, on their part, promise to comply with our wishes; and our care is to discover what studies or pursuits are likely to be most improving to them. some one commended to us the art of fighting in armour, which he thought an excellent accomplishment for a young man to learn; and he praised the man whose exhibition you have seen, and told us to go and see him. and we determined that we would go, and get you to accompany us; and we were intending at the same time, if you did not object, to take counsel with you about the education of our sons. that is the matter which we wanted to talk over with you; and we hope that you will give us your opinion about this art of fighting in armour, and about any other studies or pursuits which may or may not be desirable for a young man to learn. please to say whether you agree to our proposal.

lastly, we went to marguerite's grave, on which the first rays of the april sun were bringing the first leaves into bud.

one duty remained to armand--to return to his father. he wished me to accompany him.

we arrived at c., where i saw m. duval, such as i had imagined him from the portrait his son had made of him, tall, dignified, kindly.

he welcomed armand with tears of joy, and clasped my hand affectionately. i was not long in seeing that the paternal sentiment was that which dominated all others in his mind.

the present is embodied in hexagram 62 - hsiao kuo (preponderance of the small): in these circumstances which it implies, there will be progress and attainment, but it will be advantageous to be firm and correct. action may be taken in small affairs, but not in great affairs. like the notes that come down from a bird on the wing, to descend is better than to ascend. there will, in this way, be great good fortune.


in your private life...

words that embody the people or things that you interact with are "champagne, gazelle, language, passage".

words that embody people or things in your periphery are "entertainment".


the card at the top represents one possible mask of your true destination. six of swords (science): trusting in intelligence and intuition and setting off into the unknown. leaving an untenable situation and charting a new course. passage from difficulty and progress towards a solution. the road to recovery. travel and exploration.

so i guess i should not be surprised to learn that a man who can and does have such a large influence on the direction of our lives' course spends his days sitting at a desk in a distinguished office building in downtown boston on one of the mere handful of streets which run between milk street and water street as milk and water run together in a small pocket of the old town, bounded on one corner by the old south meeting house. a street which, if i did not walk directly upon it, i certainly walked quite near it as i wended my way from the meeting house to the black rose. 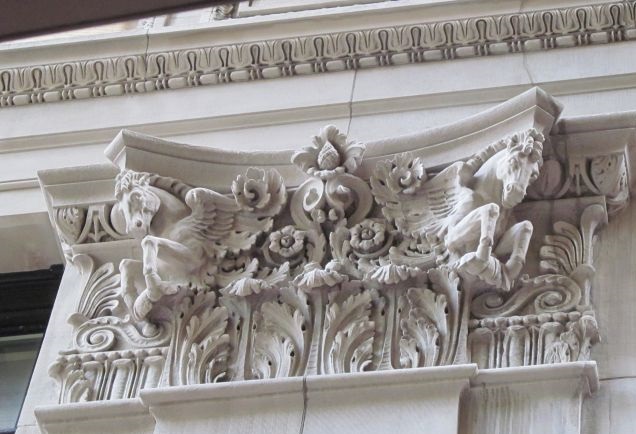 (some of the pegasi which flock close by)
Collapse