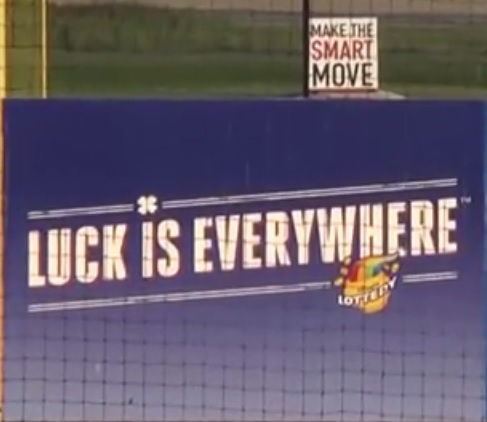 'there are stories of coincidence and chance, and intersections and strange things told, and which is which and who only knows? and we generally say, "well, if that was in a movie, i wouldn't believe it." and it is in the not-quite-humble opinion of this narrator that strange things happen all the time. and so it goes, and so it goes. and the book says, "we may be through with the past, but the past ain't through with us."'


so now then. the other day a professional baseball player, one who plays for a pittance in a league below the major and minor levels, an independent league that is oldest such league still active today, on a team based just outside of st. louis but within the borders of illinois, the gateway grizzlies, a player named brandon thomas, came up to bat with the bases loaded and his team down three to naught. he proceeded to hit a grand slam to give his team the lead. in so doing he sent the ball out of the ballpark and into the adjacent parking lot where it crashed into the windshield of a truck, shattering it. his truck. the batsman's own truck. the odds of a player hitting the baseball into any vehicle in the parking lot...and then not merely any vehicle, but his very own? and on the windshield and not the roof? and then that this should occur not with merely any sort of home run, but with a grand slam -- an infrequent and significant enough occurrence to have garnered its own nickname? and not just any grand slam but one that provided precisely the number of runs necessary to turn a losing effort into a winning effort?

and i would have said that i thought this was just an attention-grabbing hoax, but in this day and age everything is filmed and so there was filmic evidence of the feat. and it was immediately covered by the major media outlets, including an interview of brandon by espn which featured a clip of the grand slam.

and as i watched the clip and followed the ball as it flew over the left field wall and fence, i saw that the entire left field wall was emblazoned with an advertisement for the illinois lottery, the very one you see in the photo above. the ball vaulted this ad and not the one for pepsi in centerfield or whatever could be found on the right field wall. luck is everywhere. what luck! and then, possibly of even more significance to me, directly above the wall could be seen another sign. it was unclear whether the sign was attached to the fence or affixed to some structure outside the ballpark, but no matter. the sign implored: make the smart move.

we are re-watching cheers gradually. a show that she watched somewhat as it aired (myself i only saw the final episode -- and as a momentous occasion really rather than a televised story, having none of the context of what had gone before), and which we both had watched after it aired (but before we met). so for the first time together. last night while rewatching the excellent episode featuring the ever effervescent carol kane, a ditch in time, my eagle eyes spotted something. written in chalk on the small chalkboard scoreboard hung in the back room near the pool table was something i never expected to see in a boston bar: "GO TIGERS!". i looked up the airdate, and sure enough the episode coincided with the tigers' world series championship of 1984. although the episode aired on december 20, 1984, this would mean that it had been filmed several weeks before, during the run of october baseball playoffs when the tigers' fate had yet to be revealed. i have found no anecdotal evidence but surely some well-meaning actor or member of the crew who was a tigers fan had surreptiously altered the chalkboard, knowing that it would appear in the background of the episode. what chutzpah to place it in a shrine to the red sox owned by a former red sox player! although the viewing public didnt see the episode until after the world series ended (as opposed to the live studio audience), which is a bit of a shame, it feels so very good to learn that boston (in a way) and cheers played a small part in helping to bring us a world championship. so good, so good, so good! 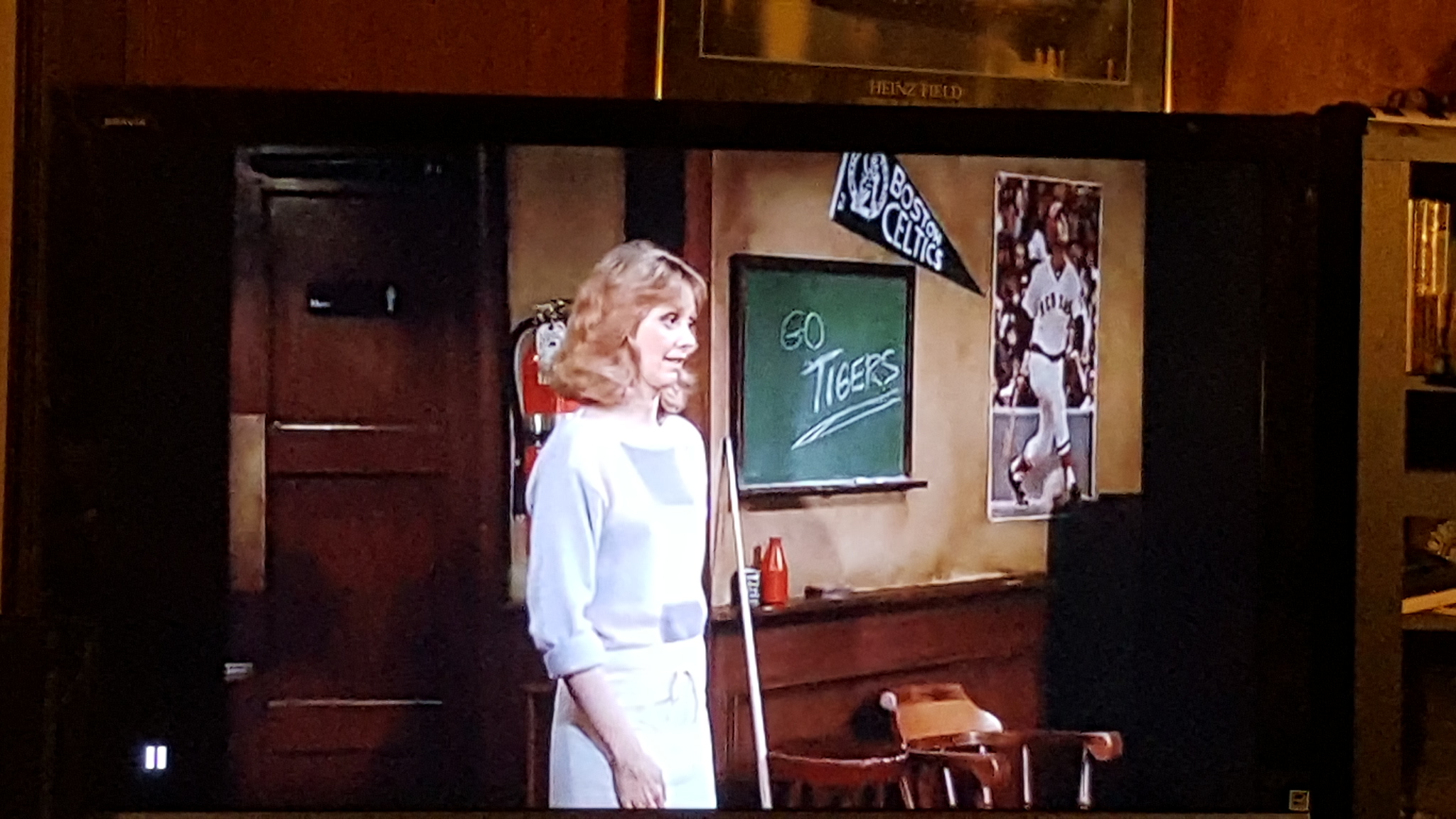