as someone who voted for clinton in pennsylvania, and as someone who was forced, for the first time ever, to use a computer software based voting mechanism rather than a paper ballot, an article about the hacking on cnn etc. showing the disparities in statistical variance in paper ballot areas vs software areas is exactly the type of article i expected and feared i would see after the fact. where is the record of my vote and how i voted? 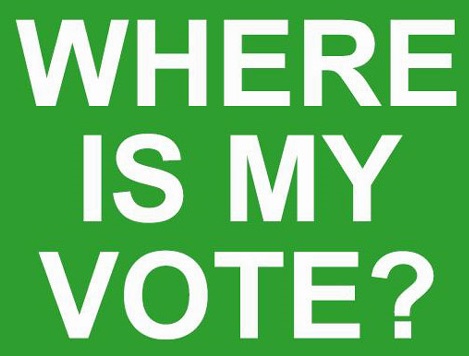 (the disappearing difference between verifiable and true)

genovese, with an emphatic flourish, seemed to call heaven and earth to witness; and then, with no accompaniment but the lapping waves, he sang ombra adorata, crescentini’s great air. the song, rising up between the statues of san teodoro and san giorgio, in the heart of sleeping venice lighted by the moon, the words, in such strange harmony with the scene, and the melancholy passion of the singer, held the italians and the frenchman spellbound.

at the very first notes, vendramin’s face was wet with tears. capraja stood as motionless as one of the statues in the ducal palace. cataneo seemed moved to some feeling. the frenchman, taken by surprise, was meditative, like a man of science in the presence of a phenomenon that upsets all his fundamental axioms. these four minds, all so different, whose hopes were so small, who believed in nothing for themselves or after themselves, who regarded their own existence as that of a transient and a fortuitous being,—like the little life of a plant or a beetle,—had a glimpse of heaven. never did music more truly merit the epithet divine. the consoling notes, as they were poured out, enveloped their souls in soft and soothing airs. on these vapors, almost visible, as it seemed to the listeners, like the marble shapes about them in the silver moonlight, angels sat whose wings, devoutly waving, expressed adoration and love. the simple, artless melody penetrated to the soul as with a beam of light. it was a holy passion!

but the singer’s vanity roused them from their emotion with a terrible shock.

his audience only regretted that the instrument was not a thing of heaven. this angelic song was then no more than the outcome of a man’s offended vanity! the singer felt nothing, thought nothing, of the pious sentiments and divine images he could create in others, —-no more, in fact, than paganini’s violin knows what the player makes it utter. what they had seen in fancy was venice lifting its shroud and singing—and it was merely the result of a tenor’s fiasco!

“can you guess the meaning of such a phenomenon?” the frenchman asked of capraja, wishing to make him talk, as the duchess had spoken of him as a profound thinker.

“genovese—who is admirable in the absence of la tinti, and when he sings with her is a braying ass.”

“he obeys an occult law of which one of your chemists might perhaps give you the mathematical formula, and which the next century will no doubt express in a statement full of x, a, and b, mixed up with little algebraic signs, bars, and quirks that give me the colic; for the finest conceptions of mathematics do not add much to the sum total of our enjoyment.

“when an artist is so unfortunate as to be full of the passion he wishes to express, he cannot depict it because he is the thing itself instead of its image. art is the work of the brain, not of the heart. when you are possessed by a subject you are a slave, not a master; you are like a king besieged by his people. too keen a feeling, at the moment when you want to represent that feeling, causes an insurrection of the senses against the governing faculty.”

scylla is on the italian side, and therefore may be said to look west. it is about 8 miles thence to the sicilian coast, so ulysses may be perfectly well told that after passing scylla he will come to the thrinacian island or sicily. charybdis is transposed to a site some few miles to the north of its actual position.

{102} for the reasons which enable us to identify the island of the two sirens with the lipari island now salinas--the ancient didyme, or "twin" island--see the authoress of the odyssey


once more mcteague felt the mysterious intuition of approaching danger; an unseen hand seemed reining his head eastward; a spur was in his flanks that seemed to urge him to hurry, hurry, hurry. the influence grew stronger with every moment. the dentist set his great jaws together and held his ground.

"no," he growled between his set teeth. "no, i'll stay." he made a long circuit around the camp, even going as far as the first stake of the new claim, his winchester cocked, his ears pricked, his eyes alert.
Collapse